I made a much earlier start than usual for my commute into my nightshift yesterday afternoon. Leaving at just after 15.00, it was my intention to cycle along the seafront at Aberavon, and possibly take a few pictures. It was a lovely afternoon, some clouds, a light breeze, but plenty of sunshine, all I all, fantastic cycling weather.

There were plenty, perhaps hundreds making the most of it, on my route down the B424. Just after leaving Glynneath, I saw the signs, “Caution Cycle race in progress”, and also race marshals on motorbikes? Though the B4242 is often used for such races, I’ve never seen marshals on motorbikes in attendance, so presumably this was quite an important race. I have to admit, I’ve no idea, because though I’ve been commuting by bike a long time now, over eight years, in fact, I don’t follow bikey things, other than a few blogs. Well I passed the first marshal by Cwmgwrach washery, then as I pedalled at my usual snail’s pace, whoosh, I was being passed by a large peleton of racing cyclists, in all their very colourful finery. Must have been fifty or so. A couple more passed me , then another large bunch who annoyed me, by passing far too close for comfort, sadly my Tourette’s kicked in with a vengeance, but I had no response at all. I should have complained to the marshals, two of them on their motorbikes, shortly after.

No more racers passed after that, so obviously I was at the very rear end of the of the peleton, pedalling at a very leisurely pace, enjoying the sunshine, scenery, and obviously how lucky I am to be able to do such a thing, even if, travelling to work!

Trouble is, I was taking it far too leisurely, and in order to get to work on time, I had to skip the seafront part of my planned route.

Arriving at the signal box, I remembered to take a picture of our nesting collared doves, under the signal box stairs. Below is a shot of the stairs, up and down which, I have to carry my Pioneer.

The nest is to be found under the first landing.

I hope you can see Mrs.  Collared Dove sat on her eggs below. 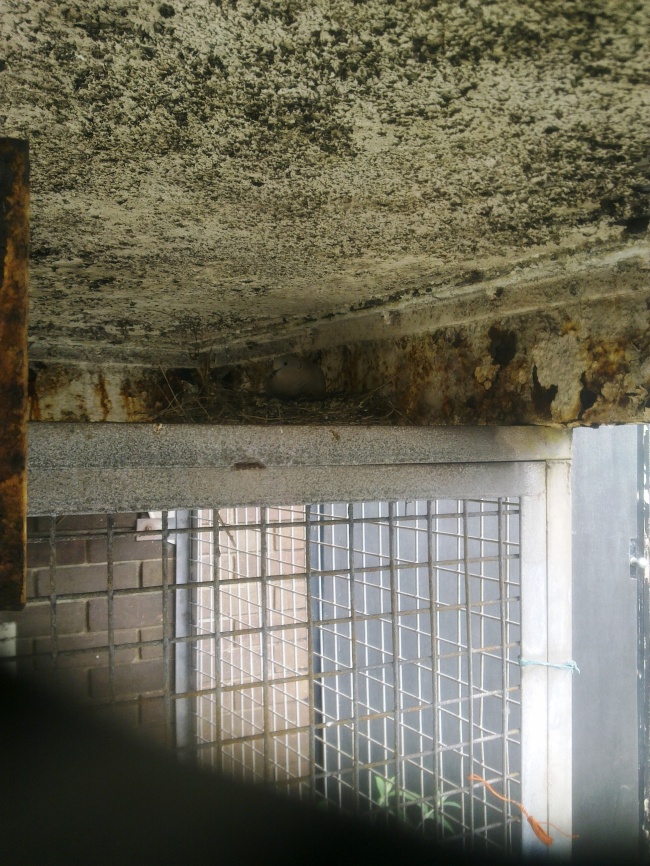 Then I went in for my night shift. A quiet enough night, with one excellent highlight. We had a steam train come through our home station. I’m far from a rail buff, so I can’t tell you anything about the engine, but it stopped for water in our sidings. Here she is traversing our road crossing. 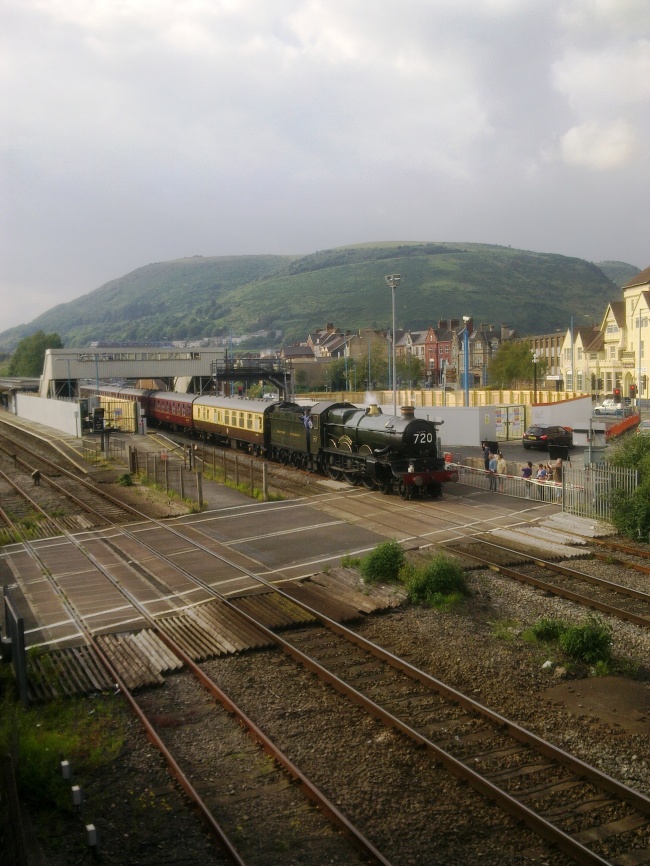 And moving up the Up sidings to get water. 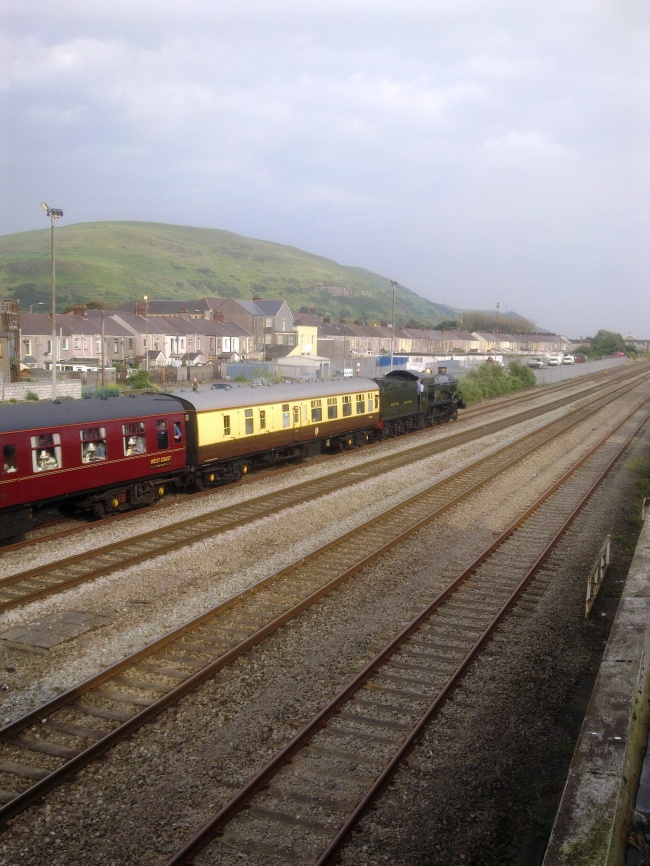 Bringing up the rear is a very lot less photogenic old diesel engine. 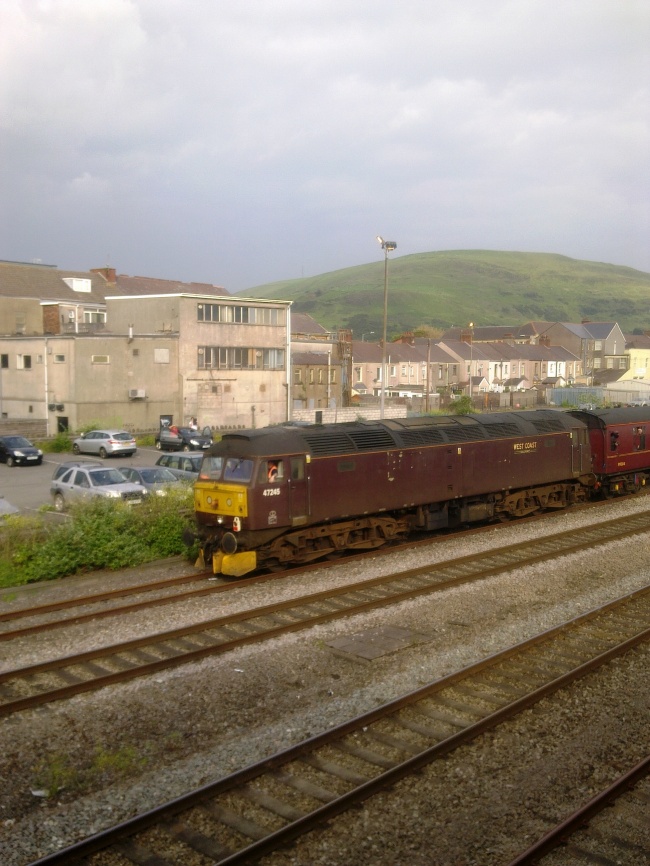 After that bit of excitement, it was back to the more humdrum business of the night, all the while looking forward to my return commute the following morning.

I set out determined to take my time and enjoy the journey. I was in no hurry, no night shift to follow, and off for the next week, great. Yet again, the weather smiled on me, as I headed for the seafront, along Aberavon beach. Cycling along the cycle path I was impressed by the numbers of rabbits still inhabiting the wasteland alongside the dual carriageway. Naturally, when I stopped to get a picture of them, all bar one disappeared into the hedgerows. Can you see this chap?

Then it was on to the beach front. 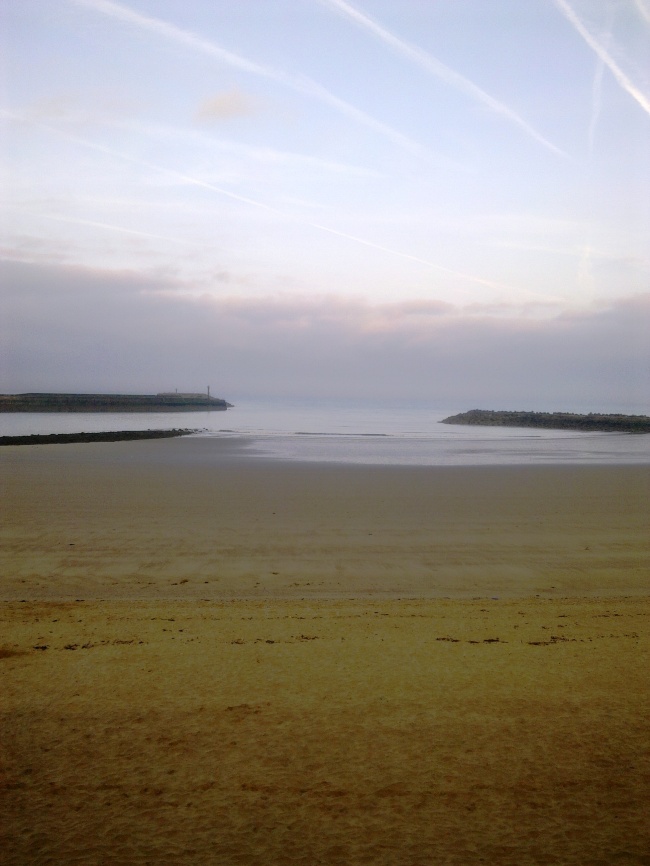 It’s a shame to see coal dust still being left by the tides, after more than a century of coal exported from the docks at Port Talbot. 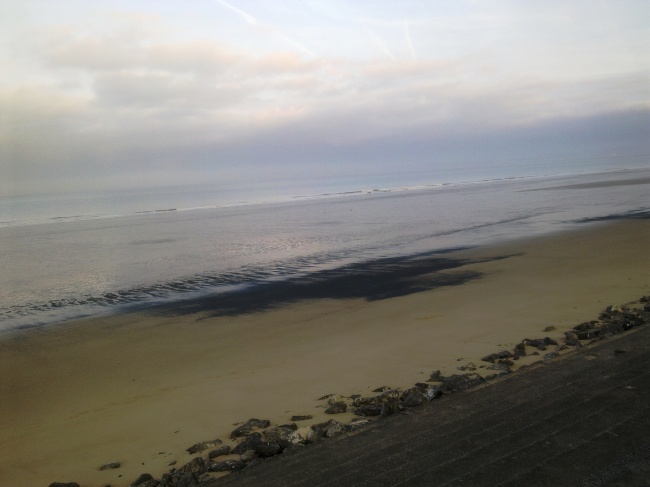 I was soon past the sea front, and heading through Briton Ferry, into Neath, through Cadoxton, back onto the B4242 homeward. Still in no hurry, despite the sun disappearing behind a thick mist, as I pedalled up the valley. The mist was prominent on the valley sides. 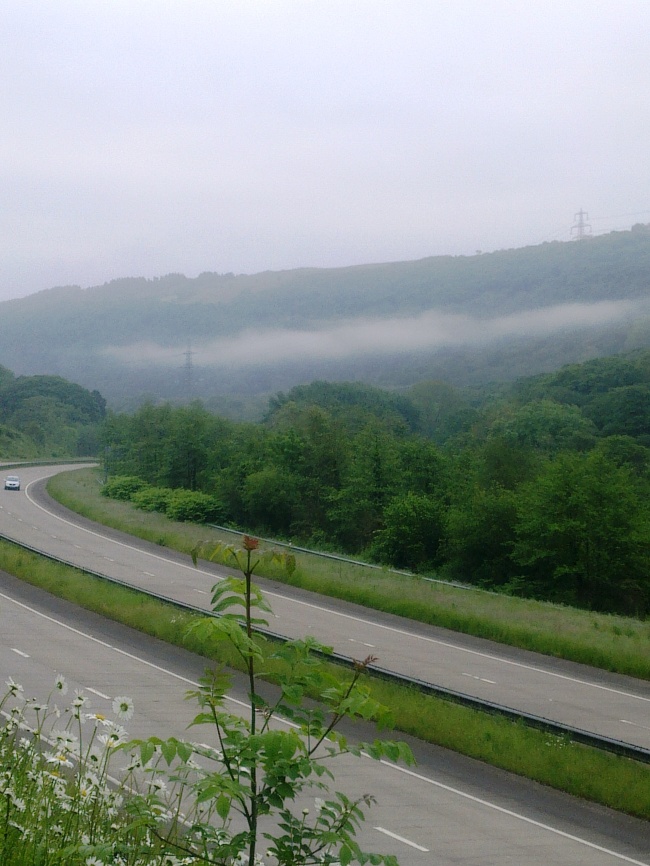 I saw these two calves in a roadside field. 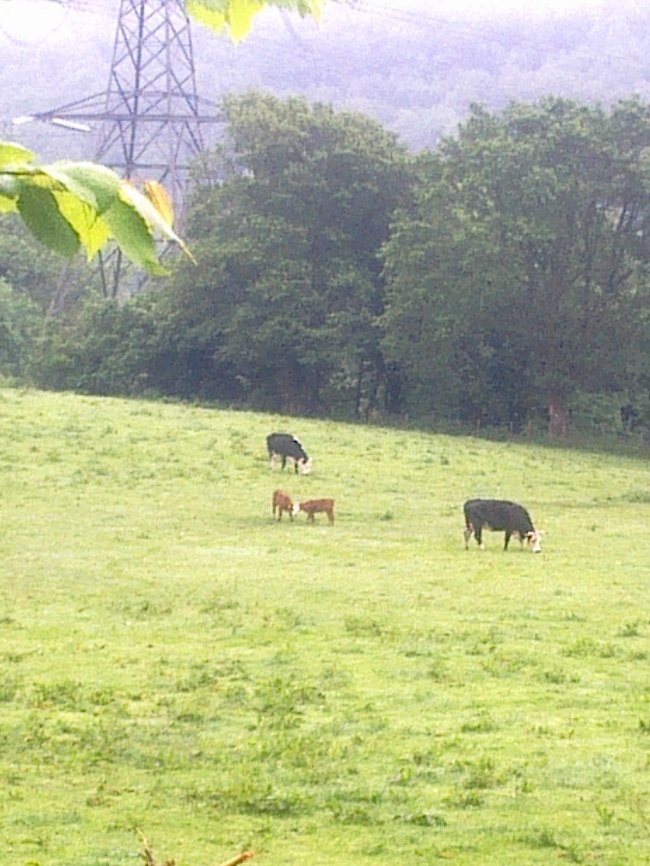 Two sleeping ducks, one woke up while I was getting my camera out.

A final four or so mile to home, where Tipsy the cat welcomed me. 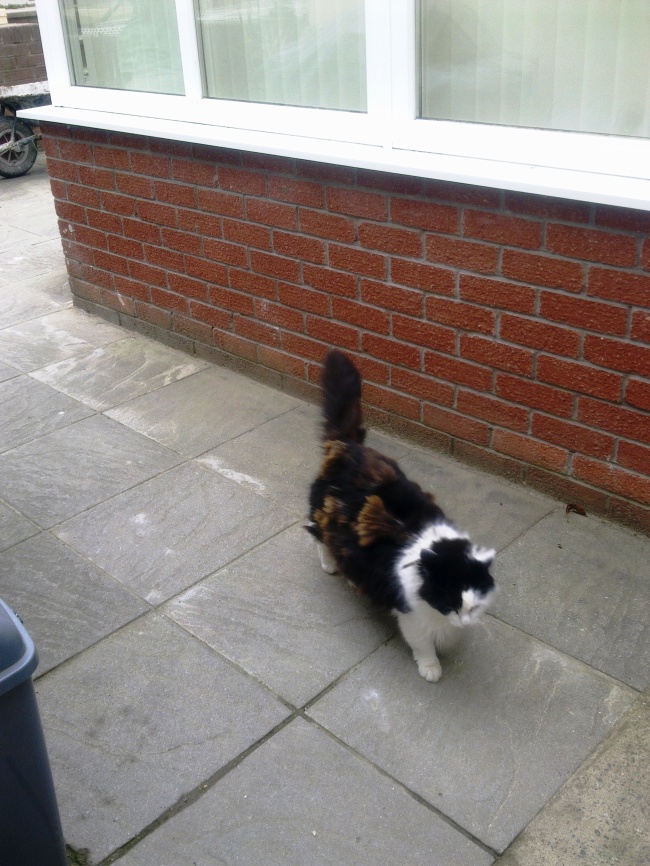 Somehow, I managed to get my Pioneer into the increasingly small space available to me in my shed, notice my Jamis Sputnik single speed on the left.

Now, it was 07.45, once again the sun was shining, and the day was promising to be fabulous, but sadly this cyclist had to make his way to bed, hoping to rise again by 11.00. It didn’t happen, slept on till 13.00. leisurely commuting is not easy.

Busy doing nothing, not getting anywhere fast! »
« I just love riding my bike………